Ducati and Lamborghini organized an exclusive event with charity auction for the launch of the Diavel 1260 Lamborghini in China. They auctioned 3 bikes and donated the funds for children’s welfare.

The overall event concept took inspiration from the launching video of the Diavel 1260 Lamborghini model, which was shot at the Bologna Airport. Hence, the theme of the event revolved around airport runway-inspired elements, with an overall underground atmosphere evoking a hangar-like environment. Personnel and performers were dressed in aviators-style outfits, while setup and lighting effects were meant to recreate an airport runway feeling, starting from the registration area and up to the impressive stage, where a big LED screen was the background for this event. Entering in the main event area, they would feel like walking on an airport runway, passing through parking areas with display of Ducati bikes and Lamborghini cars. The setup combined the use of screens, light poles, wall projections and moving lights to create an overall underground atmosphere and highlight the innovative and stylish positioning of the two brands. 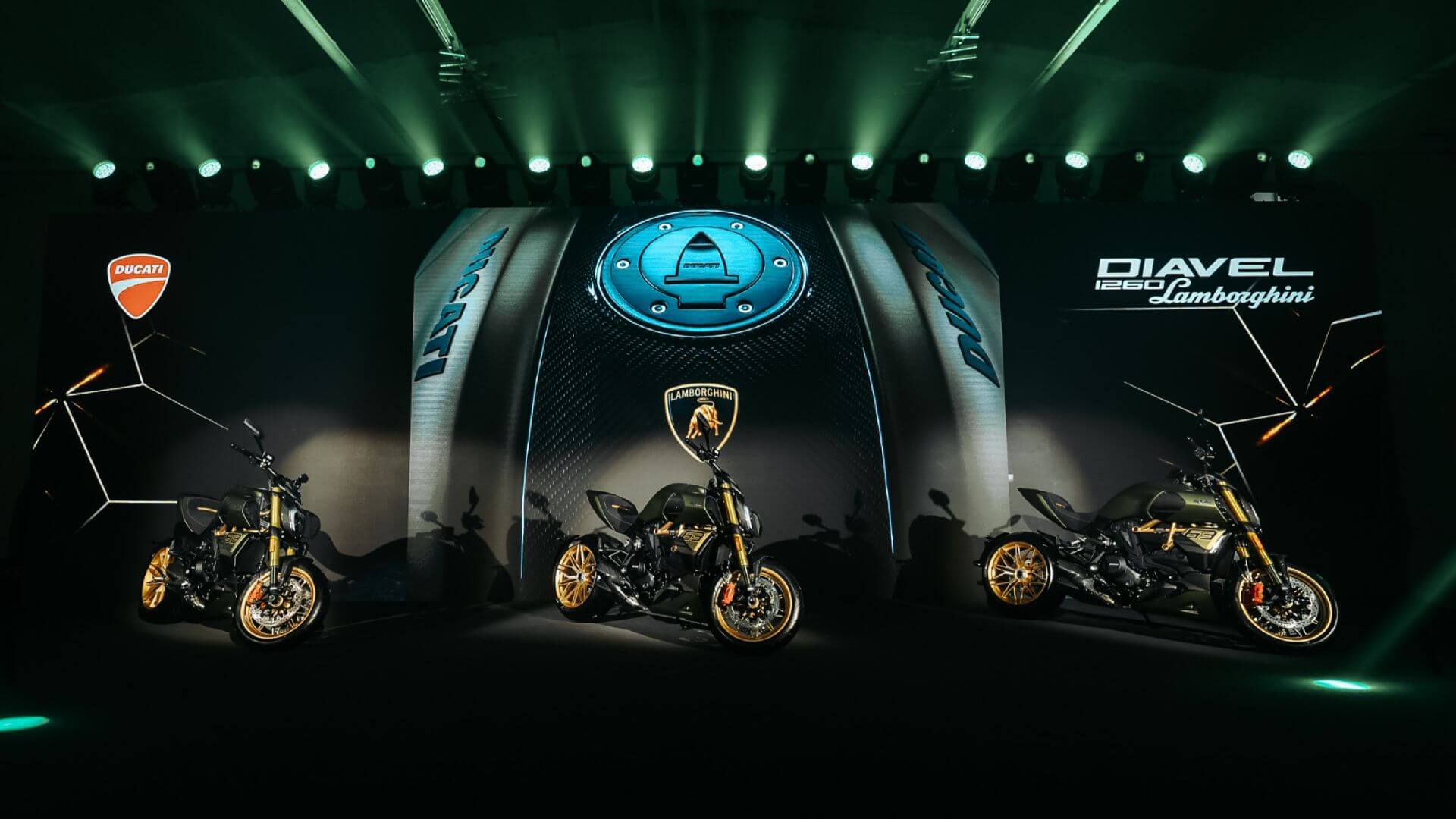