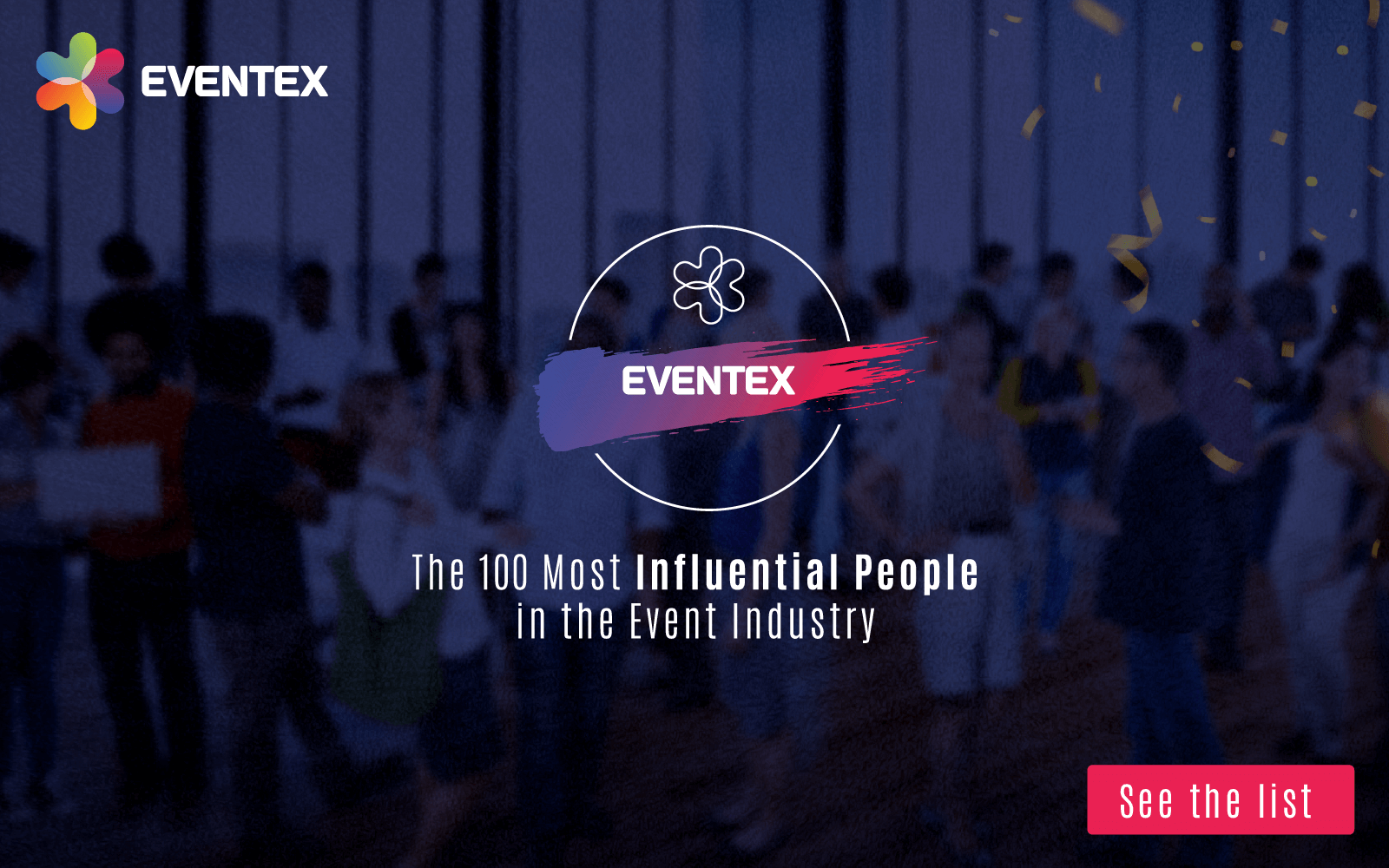 Eventex has officially announced the list of the ‘Top 100 Most Influential People in the Event Industry’ for 2022.

More than 20,000 event professionals from across the world cast their vote in this year’s edition of the index to select the top 100 people who have left a mark on the industry with their creativity, vision and capacity for innovation.

“Eventex has been the ultimate symbol of excellence in the event industry for over 13 years now. With our power list of the top 100 event superstars we want to give well-deserved recognition to the event professionals who lead the way in the industry. Every year, the list of nominees grows together with the number of votes cast – this is a clear indication of how strong and vibrant the event industry is,” comments Ovanes Ovanessian, Co-founder of Eventex Awards.

The prestigious list is entirely decided by public vote, where people from the industry get to first nominate and then vote for those they believe have influenced the world of events and experience marketing the most. This year, the voting was conducted between the 21st of November and the 2nd of December and a total of 454 professionals were honored with a nomination. The people with the most votes made the top 100 list and their names are published in an alphabetical order.

People from 22 countries made the top 100. The USA has the most people on the list - 43, followed by the UK and Poland. Major companies like PCMA, Haymarket Media Group, Bizbash and Kenes Group are impressively represented by more than one person on the list.

To see ‘The 100 Most Influential People in the Event Industry’, visit https://eventex.co/people2022