Eventex Index: The Top 100 Event Organizers and Agencies for 2022 Is Out 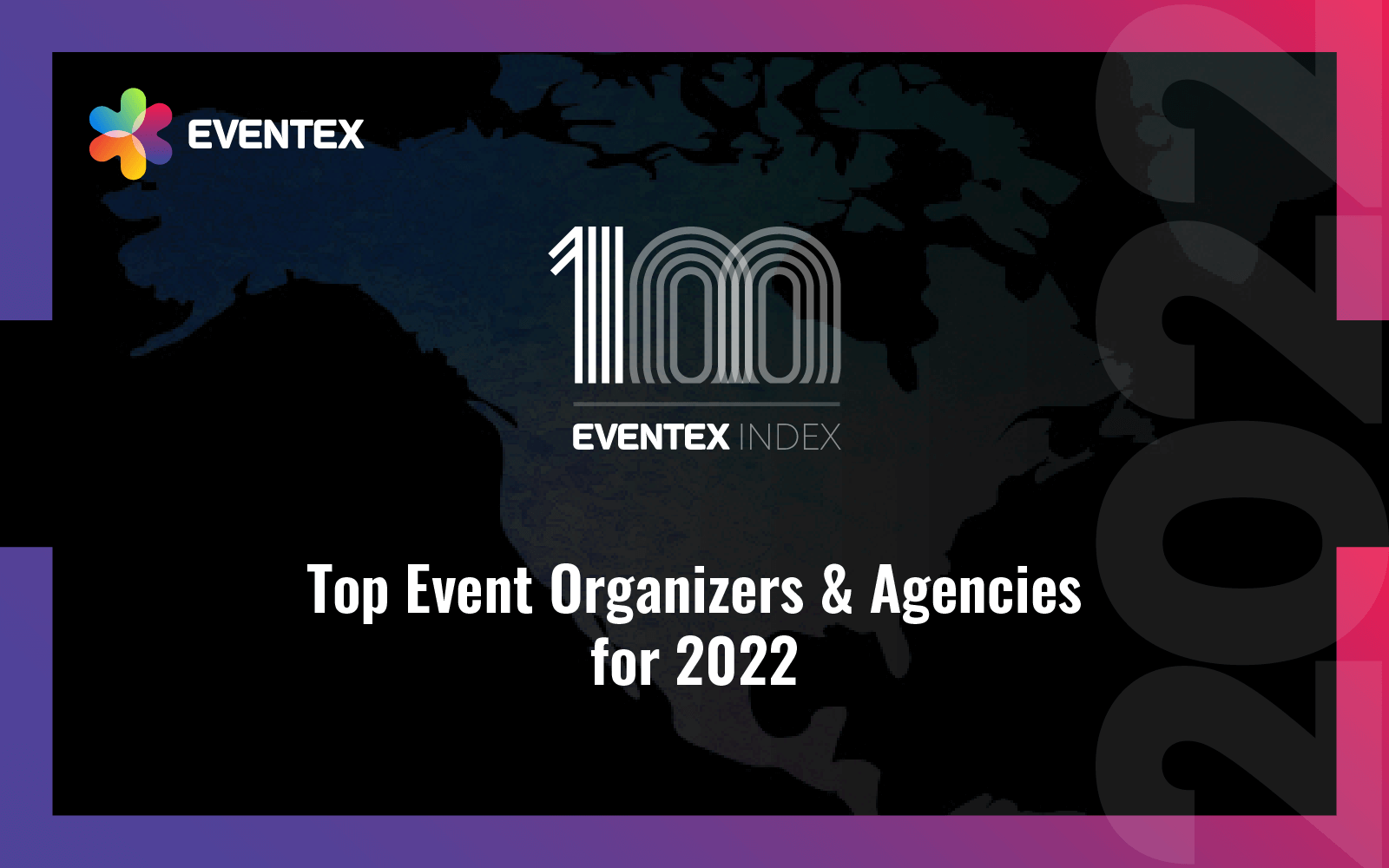 The Eventex Index is updated with the top 100 event organizers and agencies for 2022.

Eventex Awards announces the release of its annual ranking “Top 100 Event Agencies and Organizers”. The ranking represents consistent excellence in the meetings and events industry over the last 3 years, based on the number of Eventex awards won during that period.

The country with the highest representation in the index this year is the USA with 19 agencies that made the list, followed by the Netherlands with 14 and the UK with 5. The total number of countries represented in the index is 34, a testimony to the diversity of the index and the participants in the awards.

“Making it to the “Top 100 Event Organizers and Agencies” is a true accomplishment as it shows not only the mind-blowing creativity of the companies listed there, but also their consistency in delivering amazing experiences and shaping the industry at large. And that deserves our biggest bravos”
comments Ovanes Ovanessian, Co-founder of Eventex Awards.

The full list of the “Тop 100 Event Organizers аnd Agencies” for 2022 can be found here.

Founded in 2009 to celebrate creativity, innovation, and effectiveness in the industry, today Eventex Awards is the most esteemed accolade in the world of events and experiential marketing. Every year the competition highlights the best agencies, events, tech, and suppliers from the world of events.