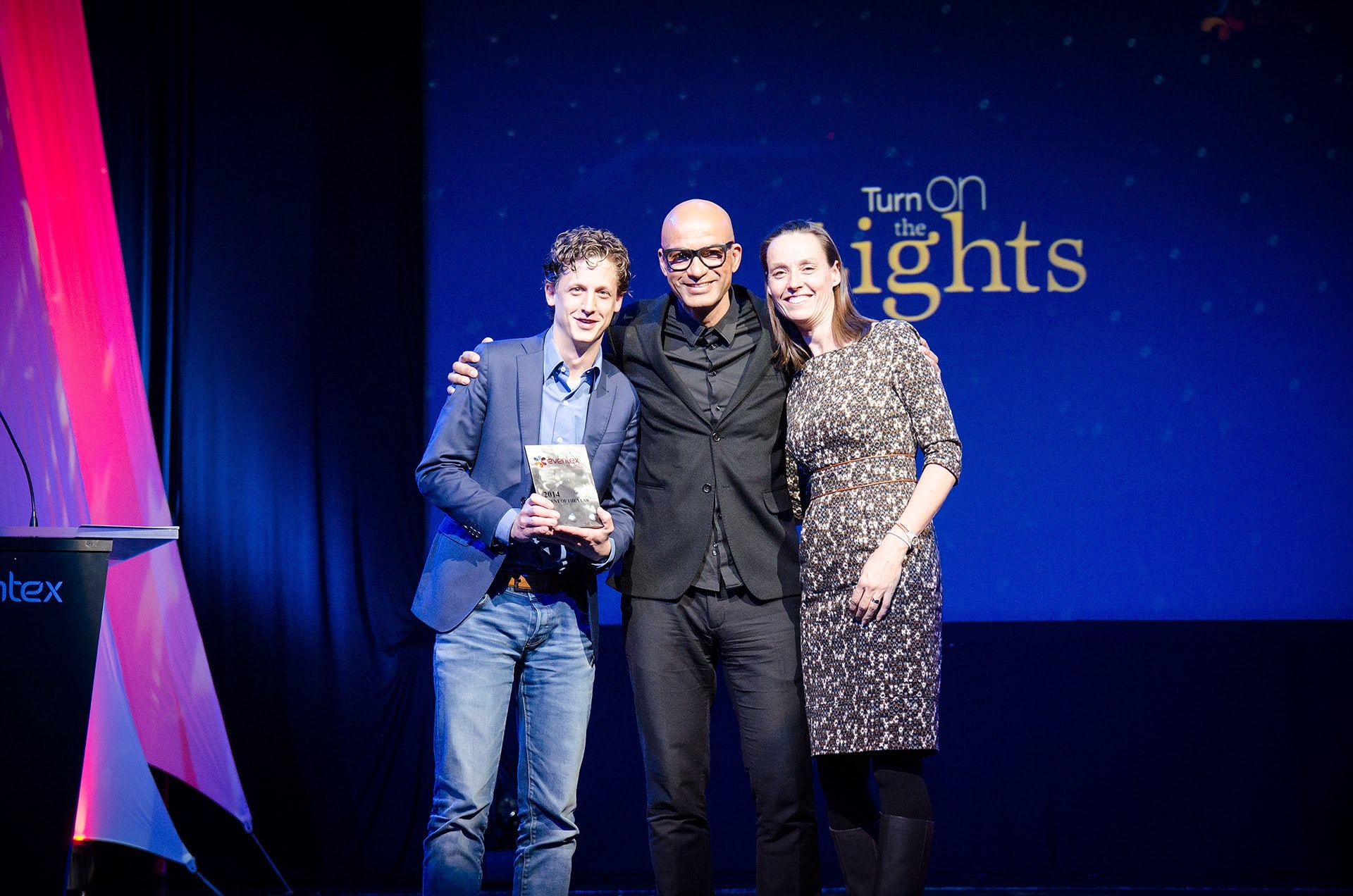 20 Companies Received Awards for Their Brilliance in the Industry

Eventex Awards Gala in Sofia honored event professionals from Bulgaria, Turkey, Slovakia, the Netherlands, Finland and the UK in addition to India, USA and Saudi Arabia.  The Event of the Year is Turn On the Lights 2014, executed by the Dutch company Xsaga. The event is held every year in the premium department store in Holland to mark the start of the festive season.9 companies won prizes in more than one category and Liverpool City Council won prizes in three categories: it became People’s Choice Event of 2014 and won the 2 second place in Event of the Year, and Best Cultural Event.Best Event Technology is Slovakian company Sli.do and People’s Choice Event Technology was won by American Topi. Another American software, zkipster won the Best Event Technology Start Up and second place in Best Event Mobile App. DoubleDutch became the Best Event Mobile App.The 2-hour Gala was hosted by Alan Stevens and live streamed on the Eventex website.Detailed information on all winners is available at eventexawards.com/2014/winners.